Today I would like to deepen and illuminate the topic Designer Morphs with you. It is my second attempt to cross color mutations with each other, but I’ll tell you more about that later. In my last article I wrote about Porcellio scaber “White Out” and whether we can succeed in combining different color mutations with each other. In our case it was the white appearance of the Porcellio scaber “White Out” with a Porcellio scaber “Orange”. We may be able to design a combination of the two types. But to start from the beginning: What is a Designer Morphe? 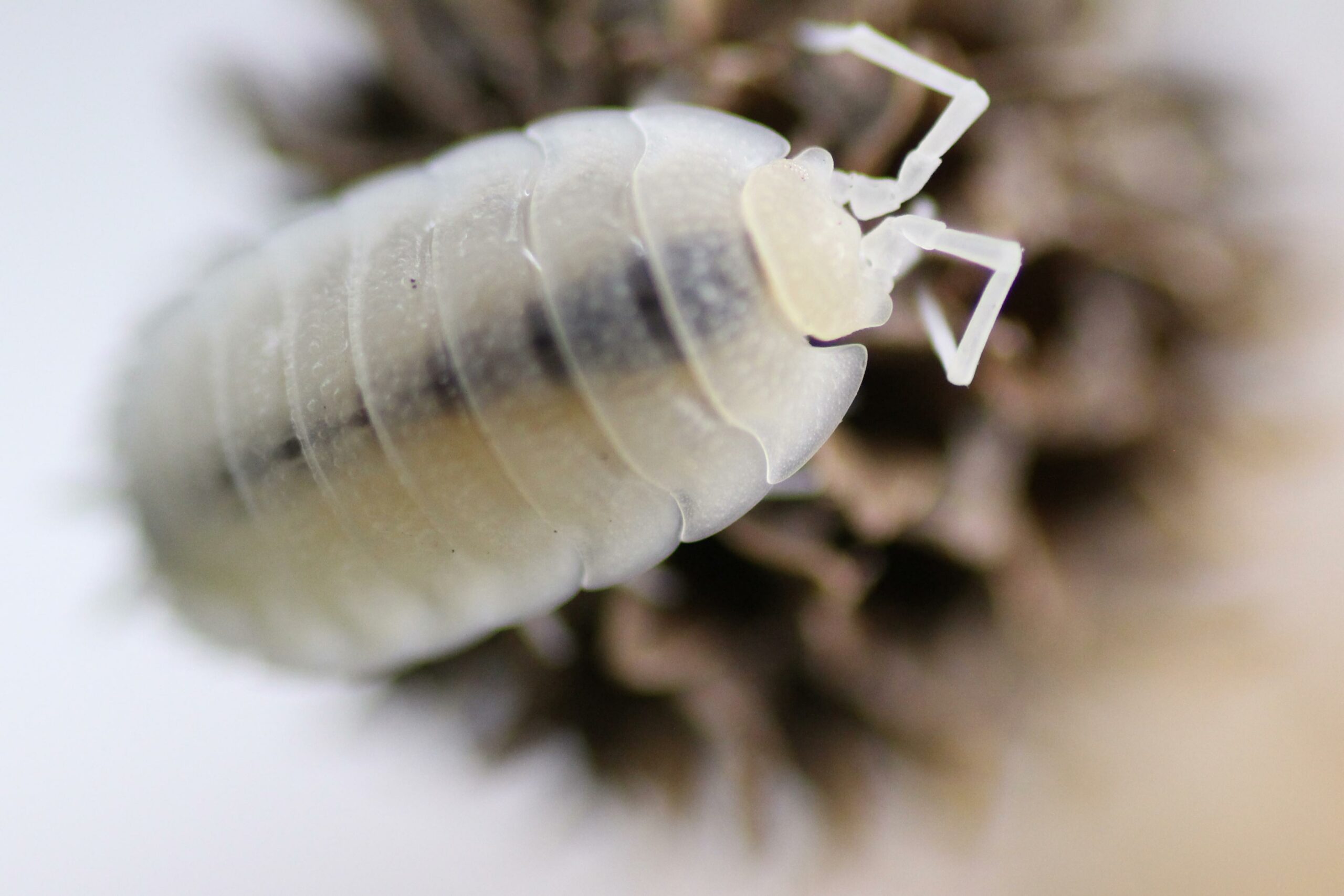 The secret of the isopods without eyes 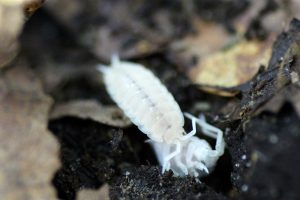 The secret of the isopods without eyes- part 2

The term designer morphs appears abstract at first, as if one wanted to play God or intervene in nature to change it according to one’s own wishes and ideas. In fact, in these breeding forms one animals crosses with a different kind of morph, which would only very unlikely cross with each other in nature. The starting point for breeding designer morphs is the mating of the different basic morphs.

Basic morphs arise by coincidence through mutations in nature and in our breeding boxes. Mutations that immediately catch your eye are the so-called colour mutations. Sometimes the outward appearance changes so obviously that the observer selects the animal from the box and tries to further breed the randomly created colour mutation. In this way very different basic morphs were and still are created: 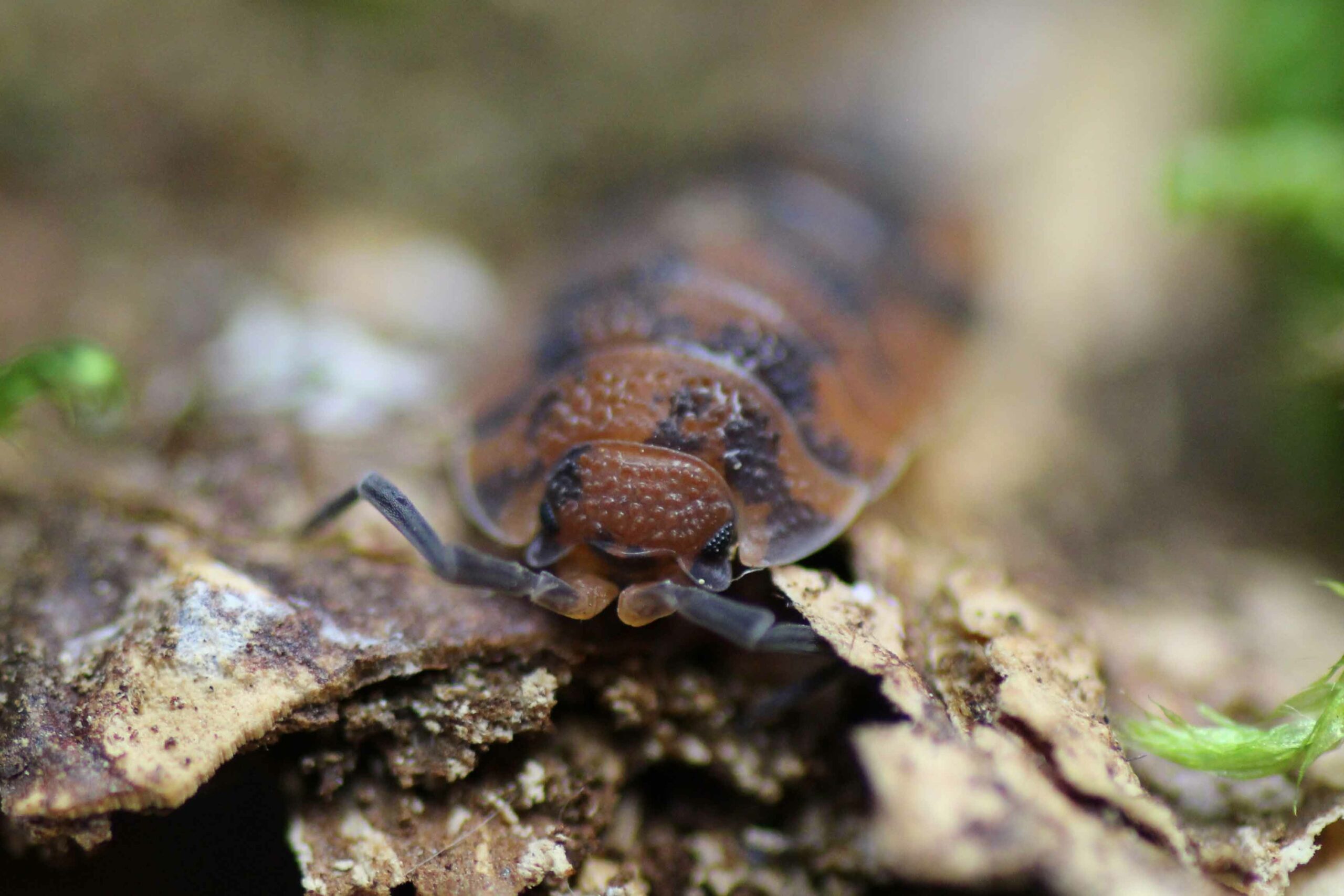 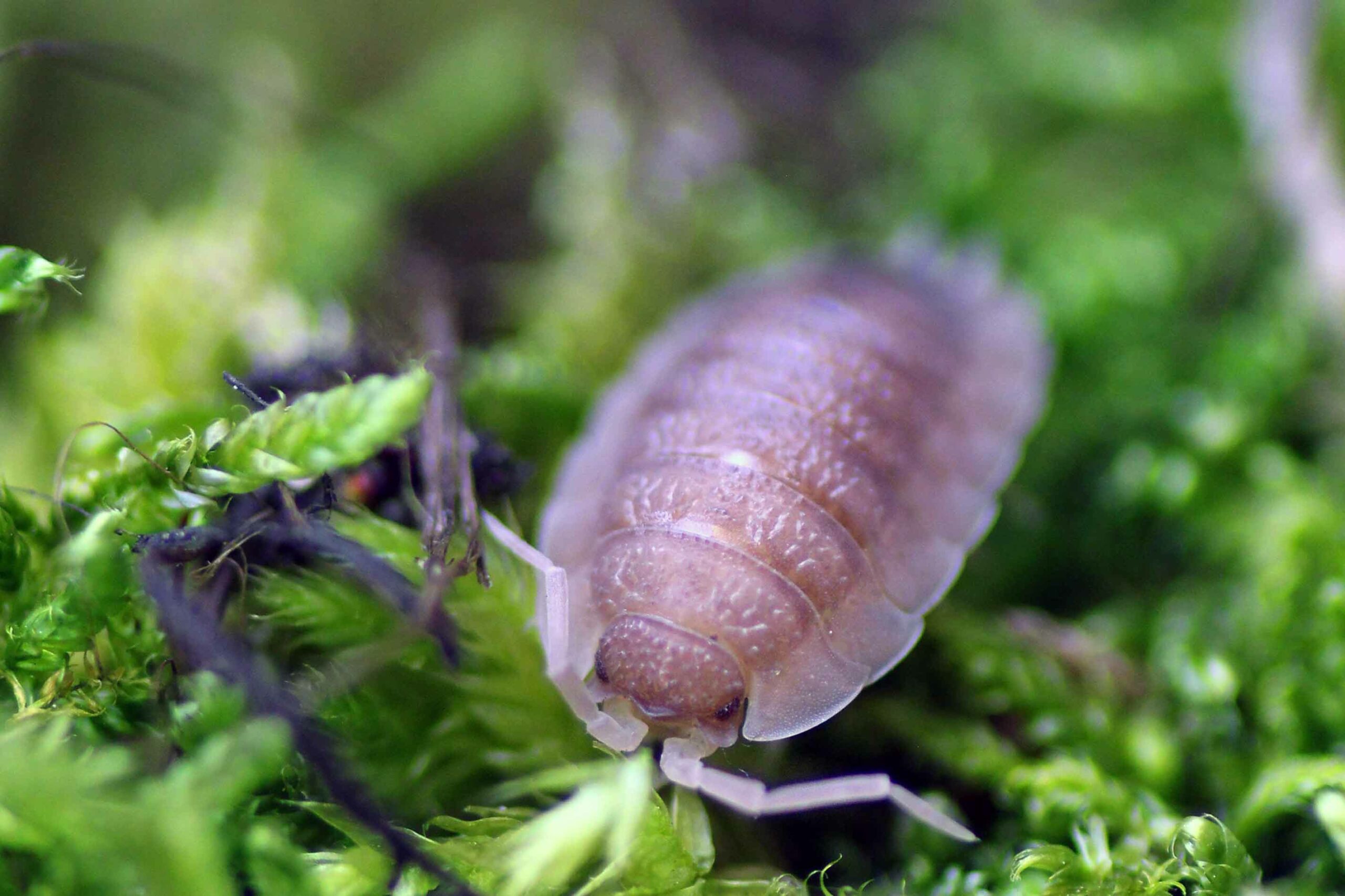 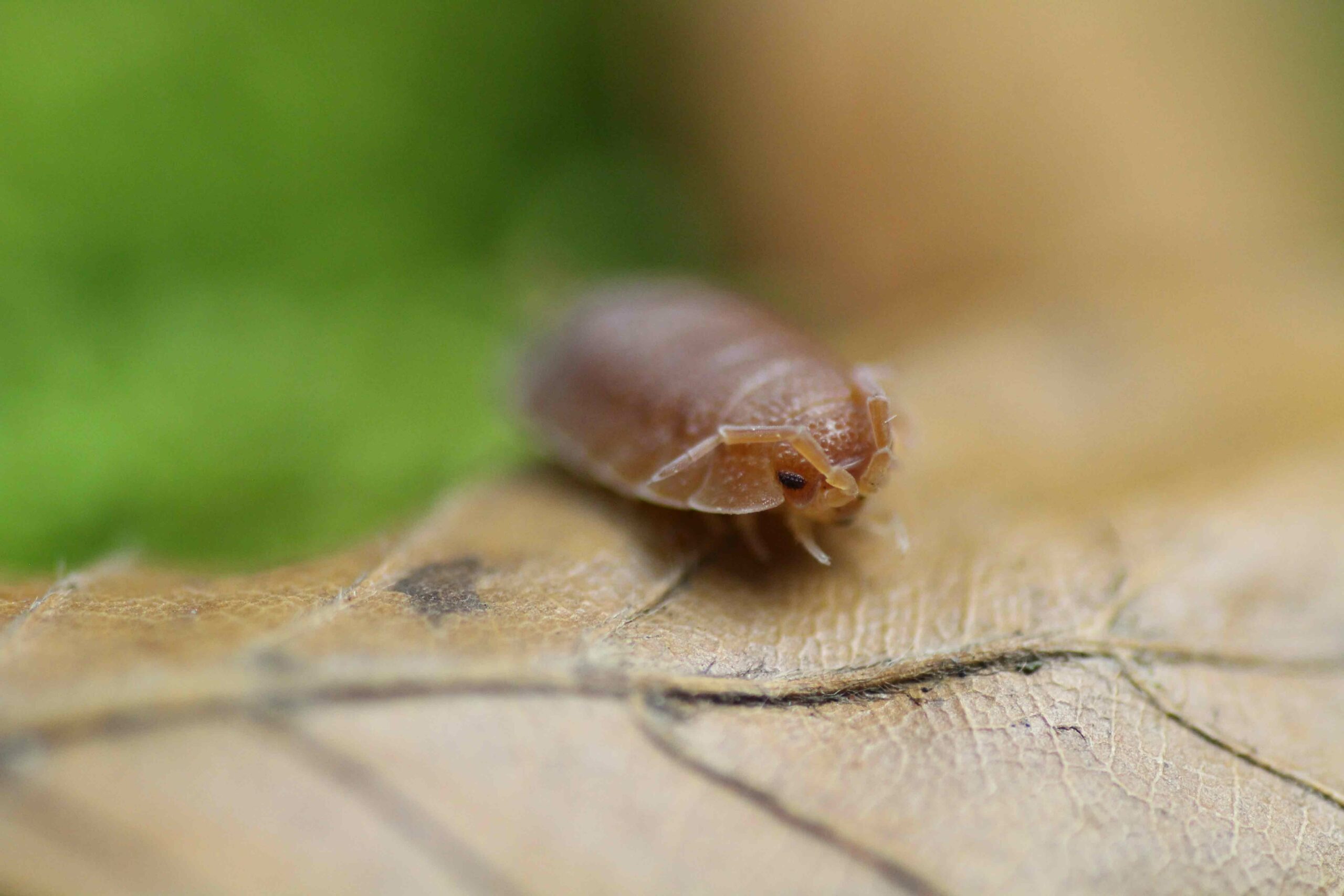 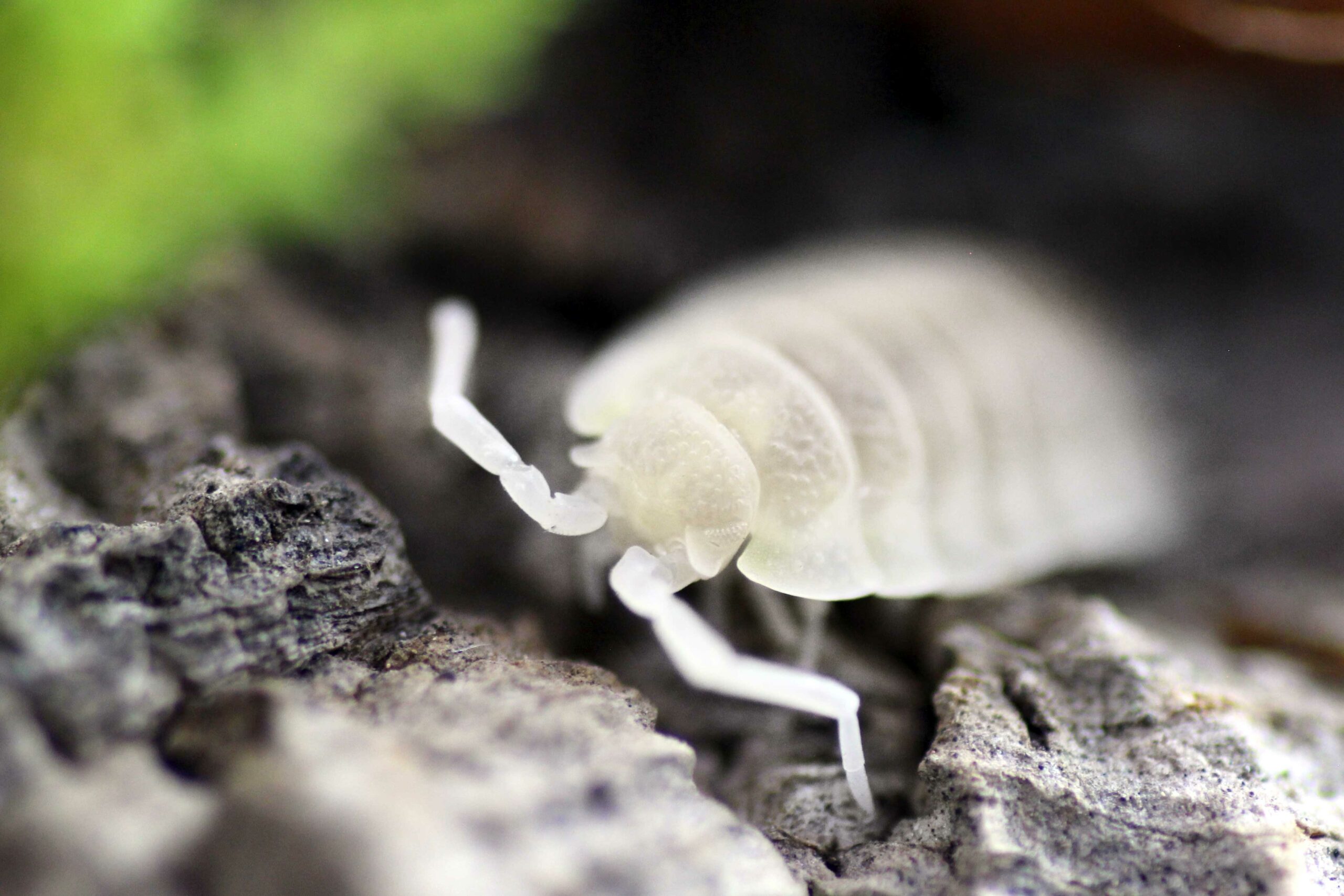 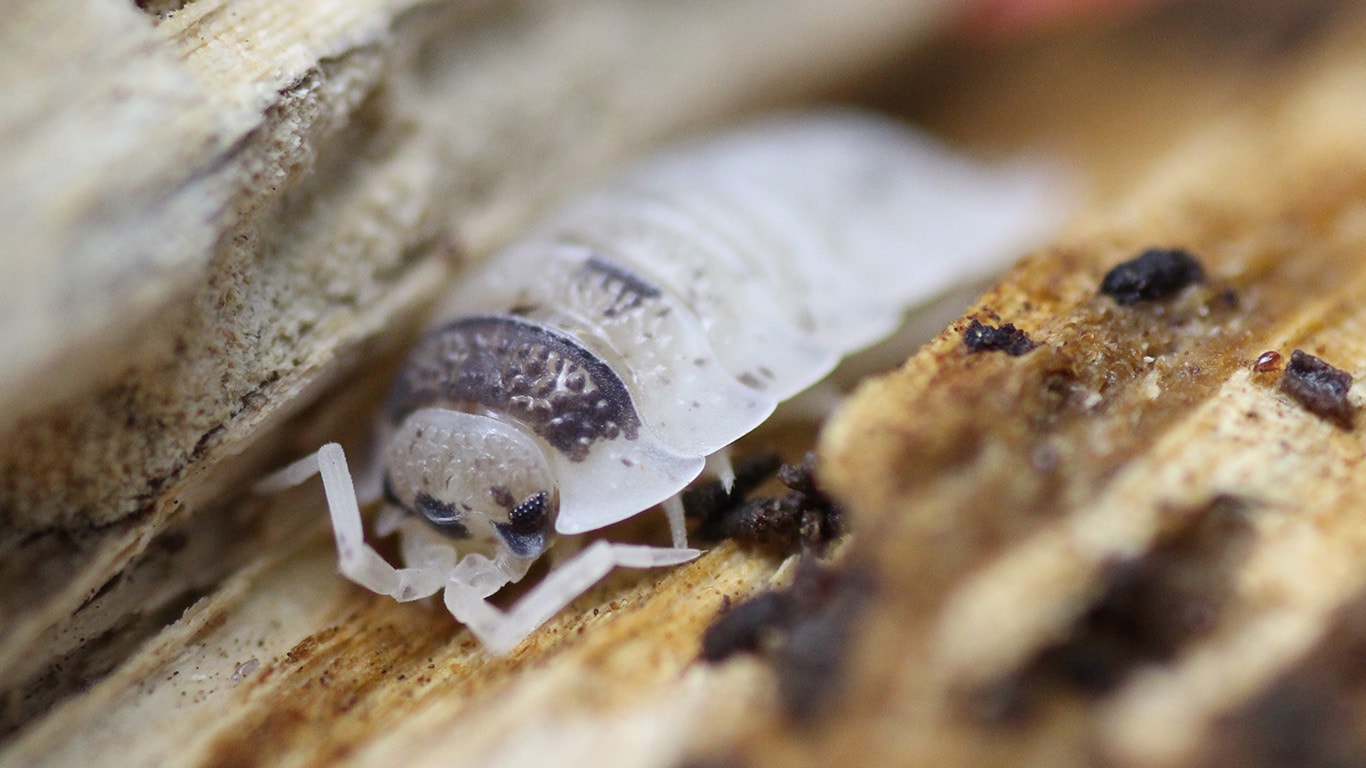 Since these animals do not meet and mate in nature, the crossing between the different basic morphs is called designer morphs. But which basic morphs are suitable as an experiment?

Selection of the basic morphs

My conclusion was that the characteristics pattern and colour are on one gene. Therefore a mixing doesn’t take place. Due to my lack of documentation I can’t say today, if the ratio of the offspring of the two color mutations was 50/50 or if one mutation was more prevalent than the other. So I will protocol my new attempt in detail and additionally inform you in new articles.

A NEW NEWSLETTER IS ON ITS WAY….

The consideration based on the first experiment was that in the case of basic morphs of Porcellio scaber the eye colors could be transferred to another color morph. For this purpose, two colors that are easily recognizable at first glance are best suited. The big difference in colour helps me to make a selection later on and therefore I choose the following basic morphs for my experiment.

True to the motto “double is better” I also test the transferability of eye colour:

Of course I also like to be surprised and would not be disappointed if the colors of the respective basic morphs would mix with each other. This makes me curious about the test results.

The basic morph Porcellio scaber “Ghost” is not only conspicuous because of its lavender basic colouring, but also because of its massive physique. Maybe this characteristic can be transferred to a, in comparison rather delicate, basic morph. Therefore I choose at my third attempt:

Last but not least I design the experiment with my favourite colour variation Porcellio scaber “Lava”. It is big, its colours are bright and stand in a great contrast to each other. Furthermore, of all the basic morphs of the Porcellio scaber, they reproduce best. Therefore I put the following animals together in my last experiment:

The Porcellio scaber “White Out” appears so numerous in the experiment because it has a very interesting color mutation and therefore changes can be detected very quickly.

I am looking forward to the experiment and hope for some success. Maybe we will be able to create a new color mutation.

You can read about the exact process in my next article.

3 thoughts on “From the Plane Jane to the Designer Morphe”