There are many kinds of isopods that are not complicated to breed because they reproduce easily. If the keeping conditions are fine and you keep males and females in the same terrarium you will not be able to stop them from reproducing.
But the uncontrollable mating could become a problem if the tank you keep them in, gets too full. So before starting to breed isopods make sure you have enough space to put them into.
In the following article I’m sharing some information about the mating and repruction of isopods.

Before you can start breeding your own isopods, you should make sure you have both genders in the tank. The clearest gender identification feature of all isopods can be found on the underside. To do this you carefully grab the isopod or put it into a transparent vessel and look at the end of the abdomen. I use reading glasses for this, of course you can also use a magnifying glass to see the differences better. From the shape of the segment plates you can see that the male isopods have a pointed arch and the females have a rectangular shape. 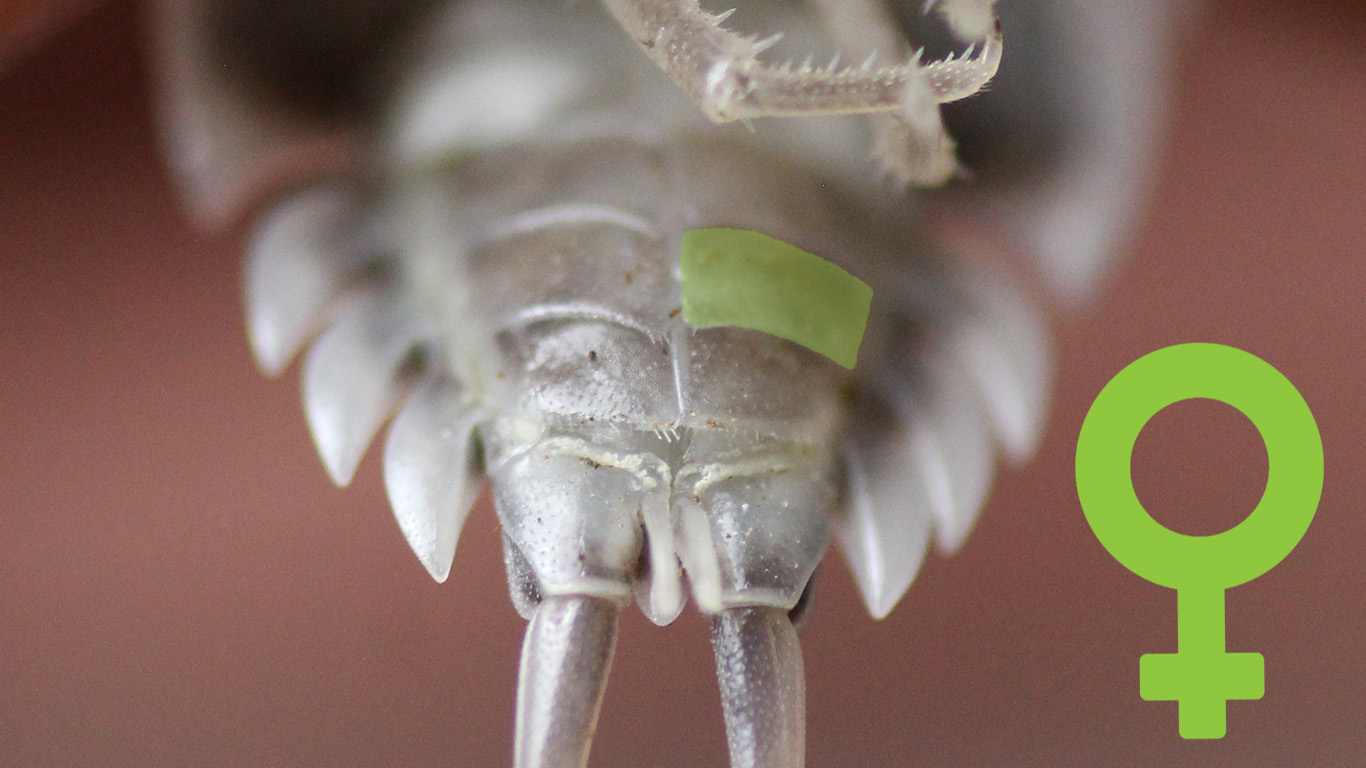 Some porcellio kinds have a phenotypic sex determination which means you can tell the difference by the outer appearance. Most of the time the uropods will tell which gender your isopod is. Males often have a longer last pair of legs. 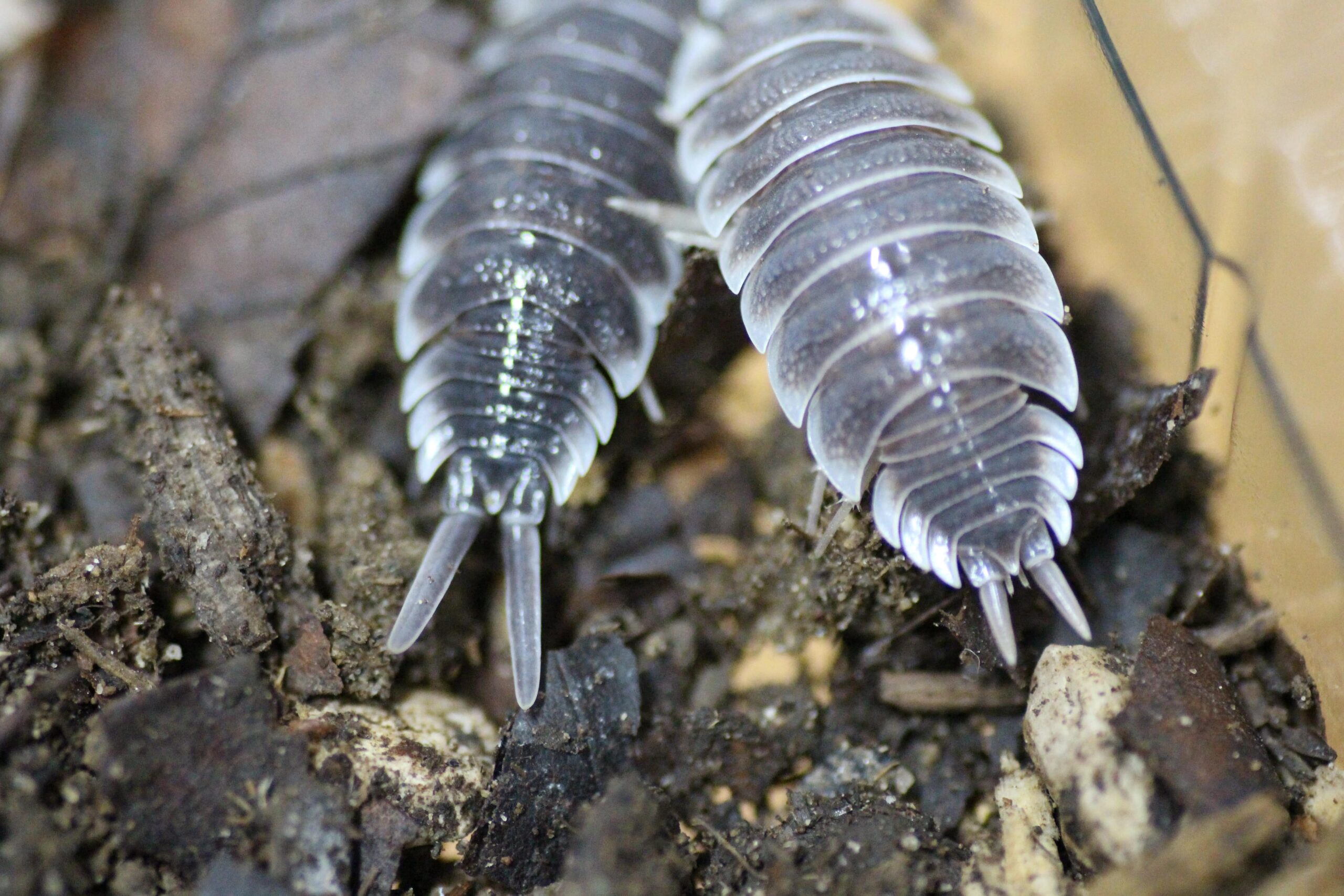 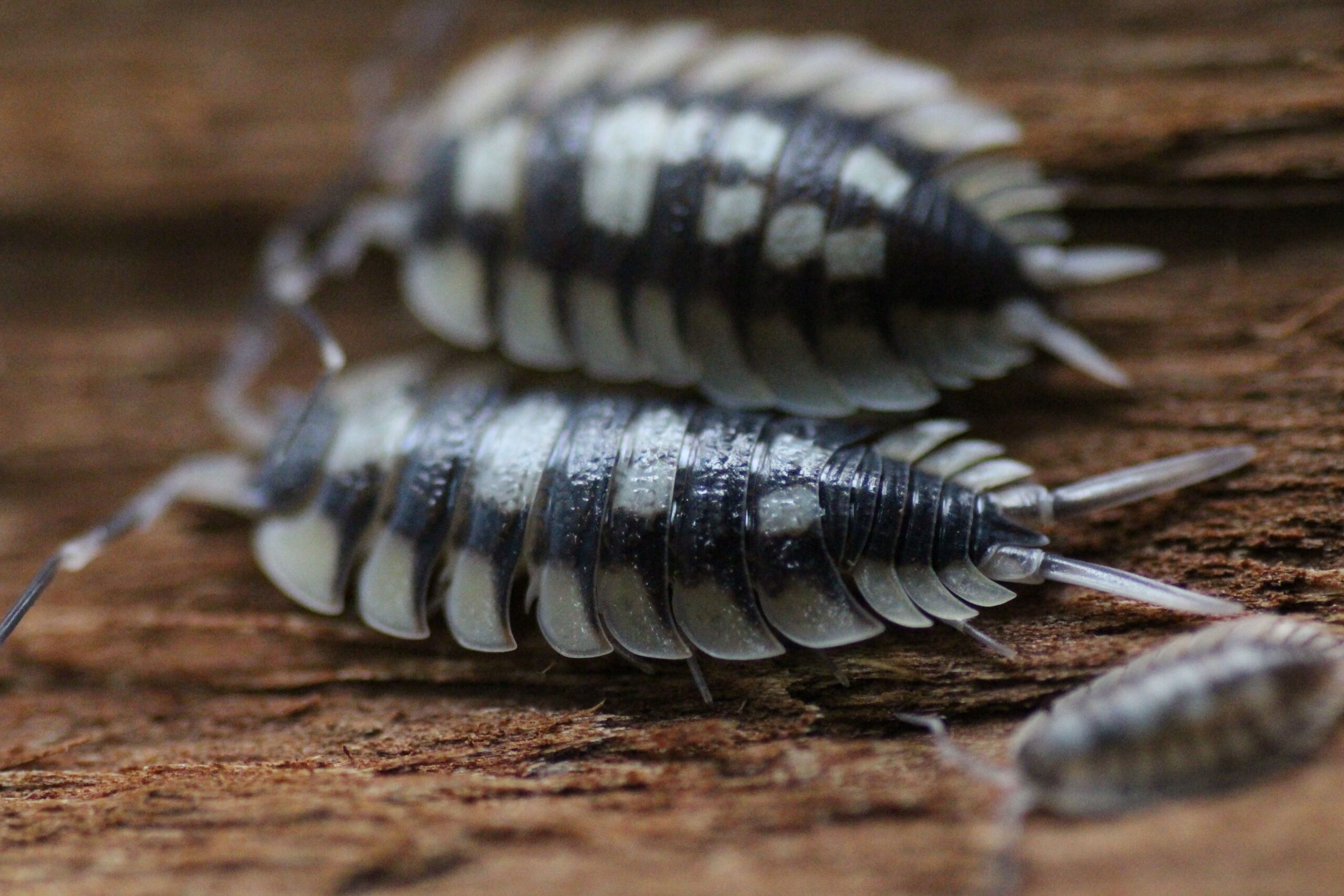 There are also some kinds which have differently coloured segmental plates.

Porcellio silvestri females shine with a full and bright orange while the males are more plain in general. 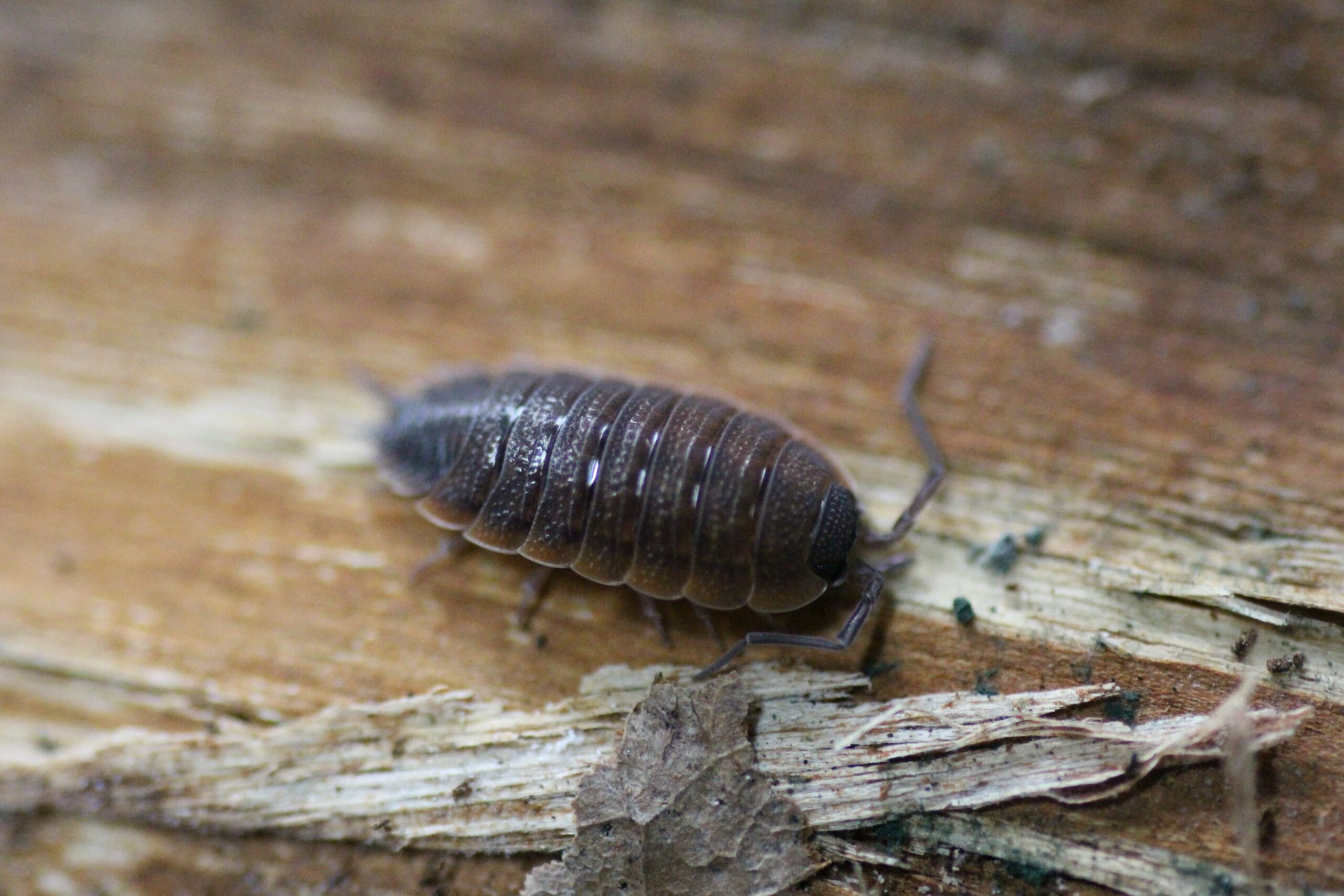 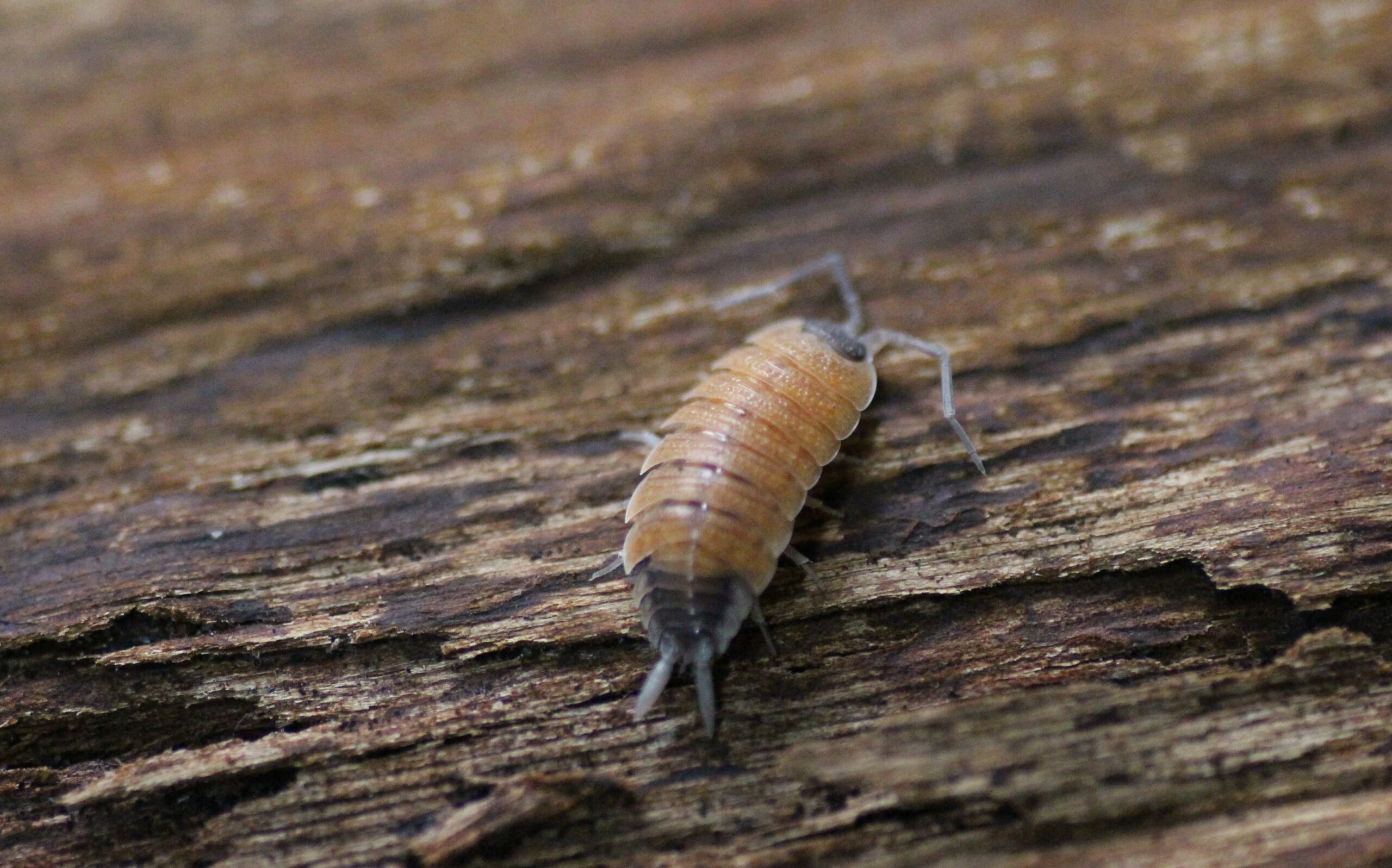 In the next part i will explain a little about sex determination of armadillidium-kinds (pillbugs).

As soon as female isopods are pubescent (usually only takes a few months), the brood puch (marsupium) will begin to show up. You will find it between he first and fifth pair of legs. It’s another hint for the gender of the isopod since males won’t get one. Especially with pilbugs, the brood pouch is often the only difference between males and females.
The important female eggs that were fertilized by a male before, will be kept inside the brood puch. The marsipium is filled with a liquid and will protect the eggs up until the little ones hatch. 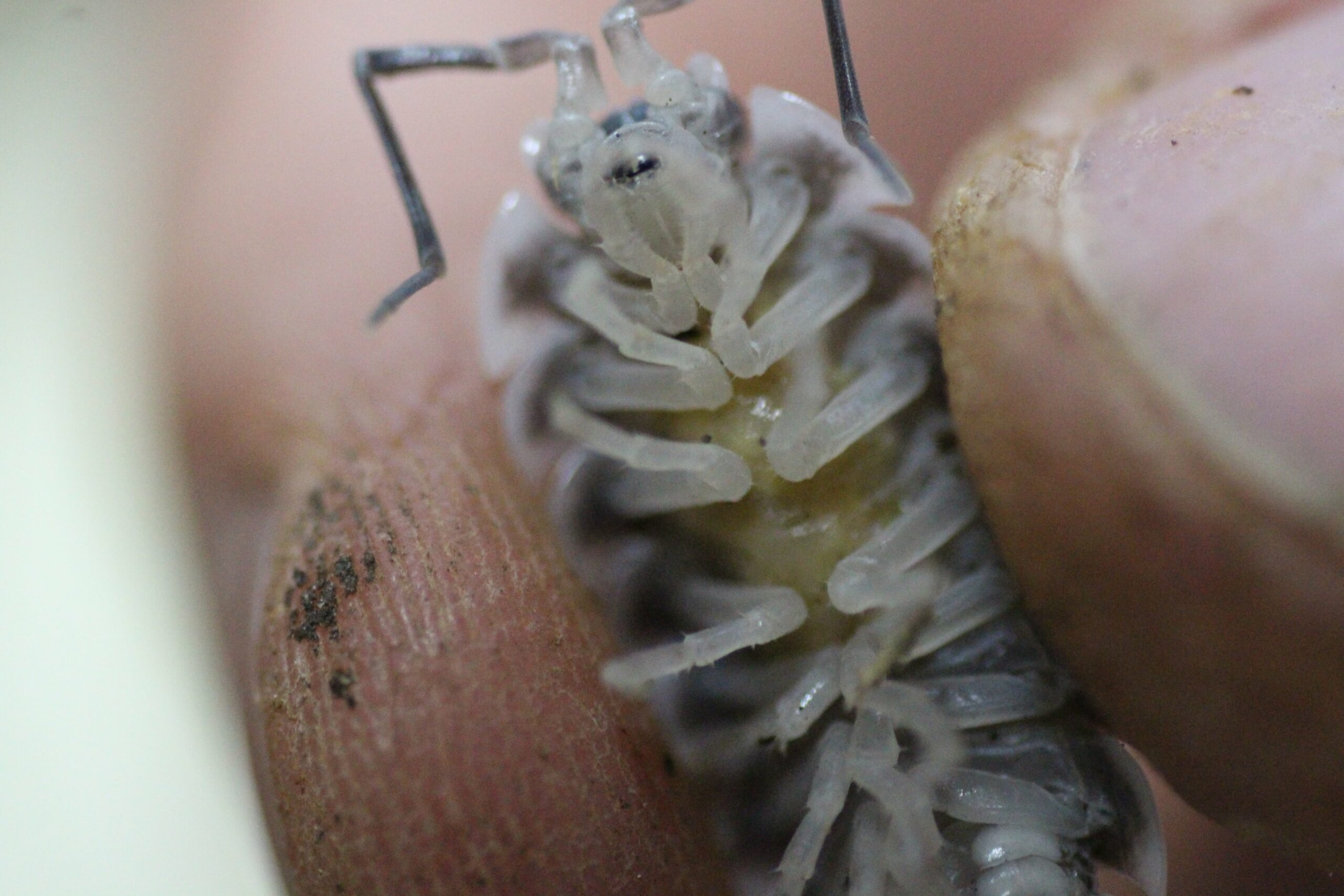 Before isopods mate, the isopod keeper can usually watch a lot of moving inside their tank. The males will practically follow the females around since they’re attracted to the distributed hormones of the female isopod. They will try to get as near to a female as possible to give their semen to them. The mating itself will most likely happen without a ritual. But the males often sit on the females back for hours. I often watch the males tapping their last pair of legs against the segmental plates of the female isopod.

After the mating the eggs will wander up to the stomache area of the female isopod. Only if the molting of the isopod has finished the marsipium will appear. It will take a few weeks until the mating will be completed. During this time the eggs will refine up until they hatch from the brood puch.
A female porcellio can carry 10 – 70 offsprings, a female armadillidium up to 160. The big gaps are caused by the age of an isopod. Freshly adult ones will mostly get less than older ones. That’s why the food and humidity plays a big part in breeding as well. Another impressive fact would be that some females can carry out offsprings more than once a year.

4 thoughts on “Sex determination, mating and reproducing of isopods”