Skip to content
We’re starting a new color breeding project with this single animal. Since I have never heard of a color morph in the species Porcellio spec. Morocco, it is super exciting to successfully separate this mutation.
When I noticed the animal for the first time, I thought a Porcellio scaber had gone into my P. spec. Morocco box. At first sight I thought of a mixture of P. scaber “Calico” and “Lava”. However, the size of the animal did not fit to this suspicion, because it is clearly bigger and wider than common slaters. 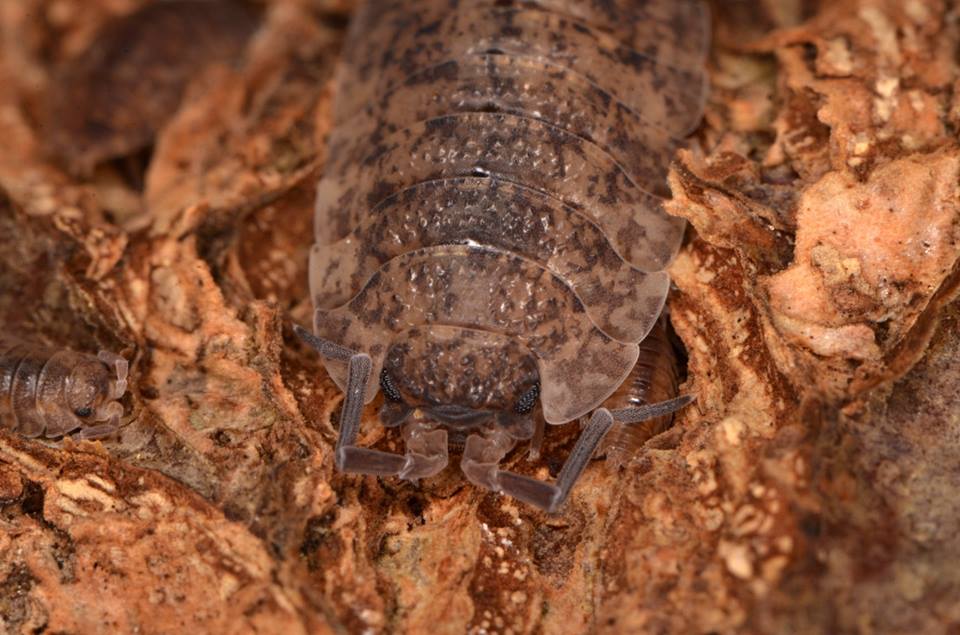 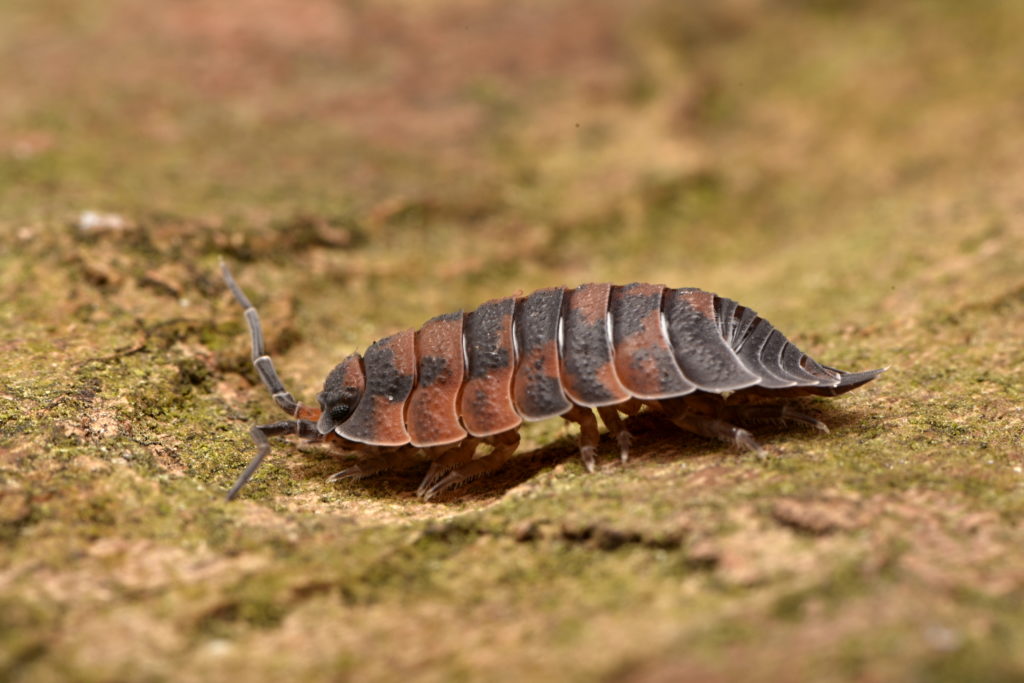 Porcellio scaber “Lava” © Martin Mrvik
I made you vote on Facebook on what name we give this color morph. The comment with the most Likes won. Our color morph is now called Porcellio spec. Morocco 8i. Depending on the context, the word “Achi” can have different meanings. In most cases one hears the word “Achi” as a slang word in young people and they often mean the Arabic word “Akhi”. The word “Akhi” means as much as “My brother” in English. “Brother” does not necessarily mean a brother from the family, but often a “colleague” or “friend”.
If you want to have a say on a name in the future, just follow me on Facebook, on there I let you participate more often in decisions with Insektenliebe. Just click on the Facebook banner.

In comparison to the wild coloured P. spec. “Morocco” the outer edge of the segment plates changes into a bright orange. I would describe this edge a reddish-orange with the wild-coloured isopods. From the brownish basic colouring on the segment plates only the contour remained. The dark lines in the middle are the intestinal canal, which has nothing to do with the actual coloration. 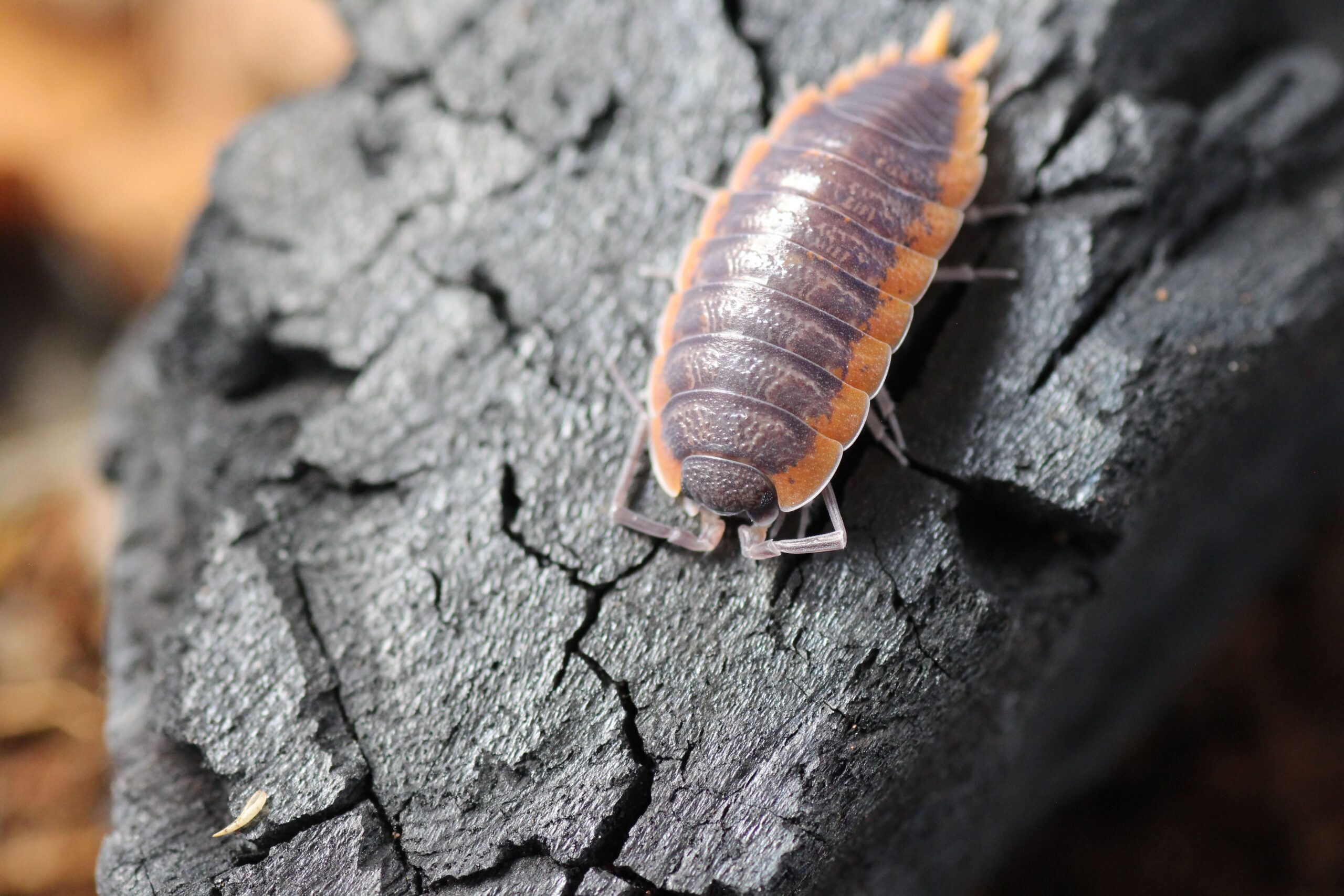 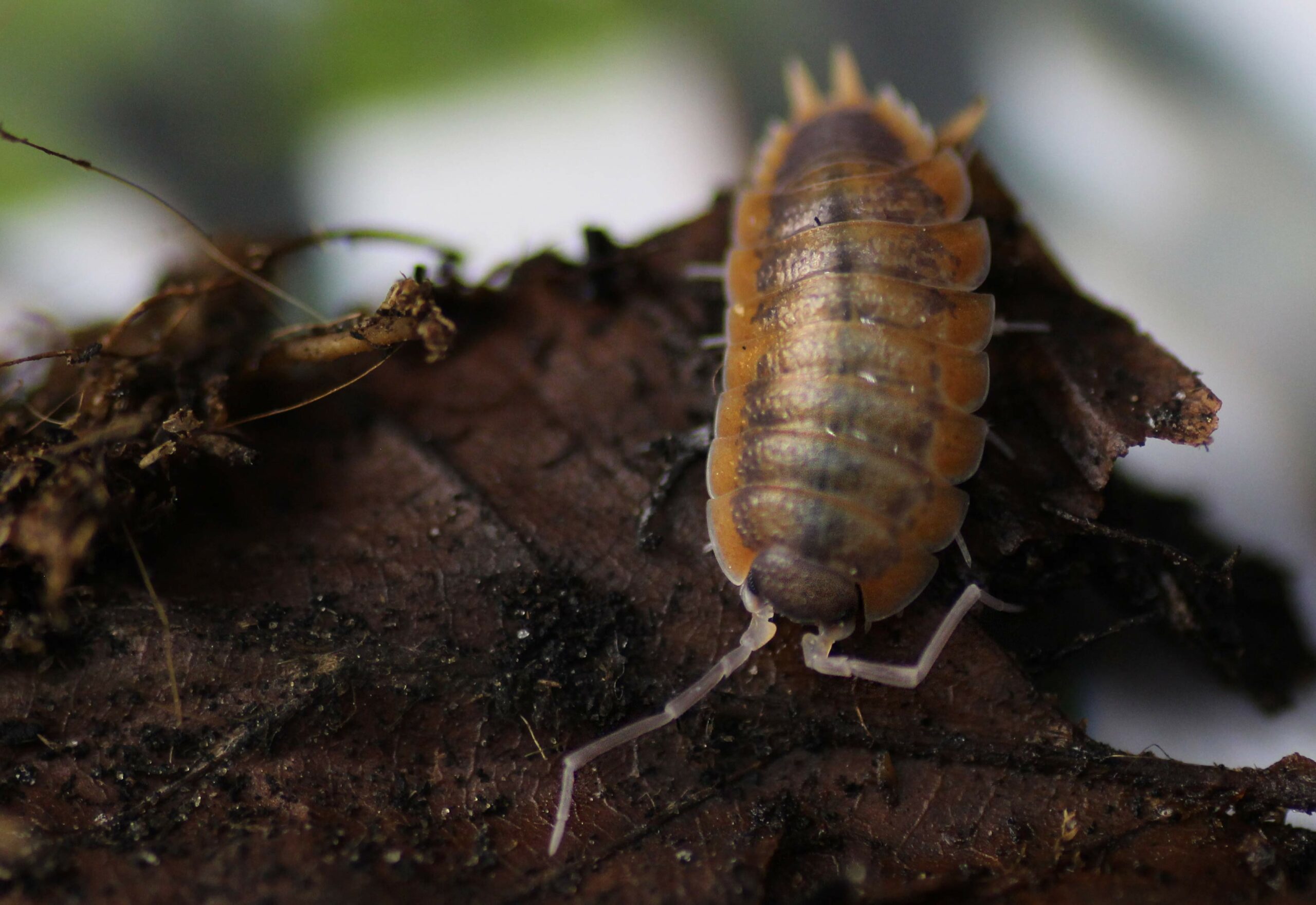 If we detect a mutation, we set up a new complete isopod kit. So we take a box with a volume of 5 litres. Of course this box is actually too oversized for an assel with some sexual counterparts, but this size allows different climate zones for the inhabitants: A rather dry area, a damp moss corner and a tobacco wet area in between. In my opinion this is very important to start a successful breeding. The risk of losing such a rare mutation due to a bad posture is simply too high. As it is a female, I put in three more male P. spec. “Morocco” in addition. Now I am waiting very eagerly for the first offspring.